The Man Behind Worldstar Hip Hop

by Admin
in Performers
0 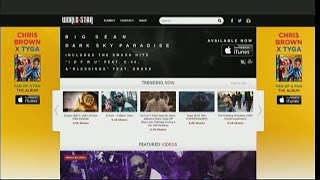 The Man Behind Worldstar Hip Hop

On worldstarhiphop.com, you’ll see exclusive videos by hot rappers like future: entertaining stunts, rants, fights or outrageous videos. Lisa Evers spoke exclusively via satellite with the man behind it all: Lee O’Denat, better known as “Q.” He said he took a huge risk and is now reaping the reward.

He began with virtually nothing and now 10 years later the site is estimated to generate seven-figure revenues along with seven-figure views. Worldstar has major sponsors and its own clothing brand.

But the viewer-submitted videos are still the core. There’s an adult section called iCandy, but there are some lines he won’t cross. He said he tries to stay away from videos that have any type of gore. Q said there is an endless supply of material because everyone wants to be on camera and try to be famous.