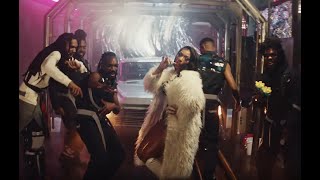 Stream “Fkn Around (feat. Megan Thee Stallion)” on all platforms:

The official YouTube channel of Brooklyn-based quintet Phony Ppl. Subscribe for the latest releases, live performances, behind the scenes footage, and more.

As life long friends, the band has reached their final form with five original members, Elbee Thrie (vocals), Aja Grant (keyboard), Matt Byas (drums), Elijah Rawk (guitar) and Bari Bass (bass). Breaking boundaries with a mix of soul, R&B, funk, pop and everything in between, it was their debut album ‘Yesterday’s Tomorrow’ and sophomore album ‘mō’zā-ik’ via 300 Entertainment that introduced the world to their genre-less flavors. These albums featured hit singles “Why iii Love The Moon.,” “Somehow,” “Before You Get A Boyfriend,” and “Way Too Far.” The collection has toured with The Roots, Pusha T, Kali Uchis and has cosigns from notable artists including Childish Gambino and Tyler The Creator. The group has received accolades being featured in Rolling Stone, NPR Music, Pitchfork, Complex, Billboard, NYLON, Okayplayer, and more.