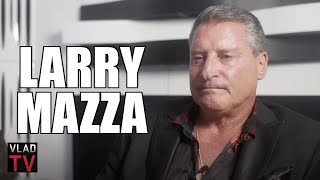 Part 12: https://youtu.be/yBkKiHZU88w
Part 10: https://youtu.be/FCSRFgoZuAw
Part 1: https://youtu.be/GzO3WbS2ycQ
——–
In this clip, Larry Mazza details the moment he learned that his good friend Greg Scarpa, known as the “Grim Reaper” of the mob, was an informant for 30 years. Larry said that he tried to fight against the allegations until he was shown a newspaper article where Greg admitted to being an informant. To hear more, including other guys in the Colombo family turning informant, hit the above clip.